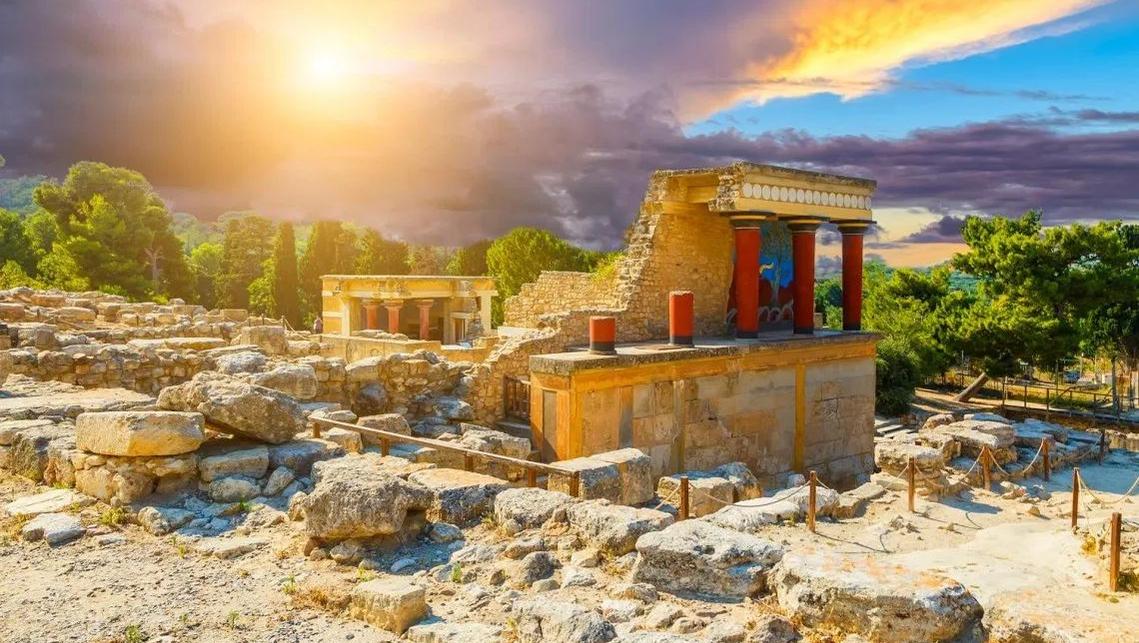 The Palace of Knossos The Throne Room of the Palace 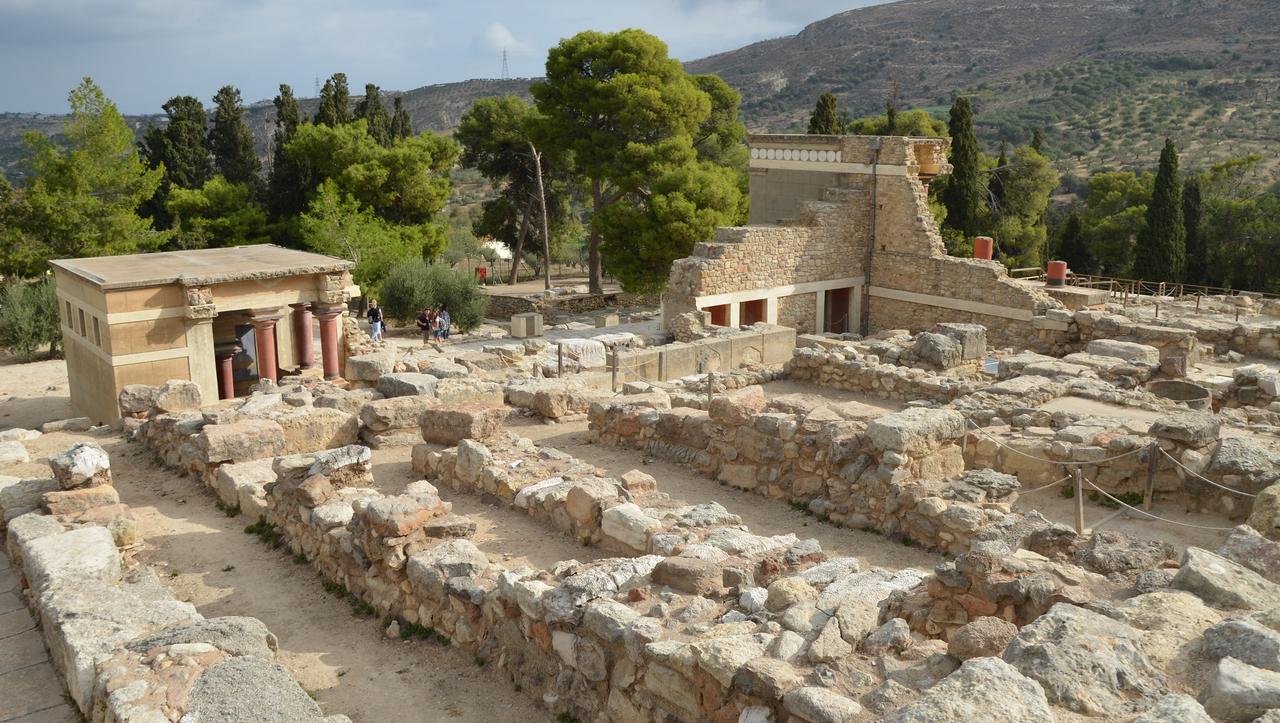 The Grand Storerooms of the Palace

View of the Knossos Palace 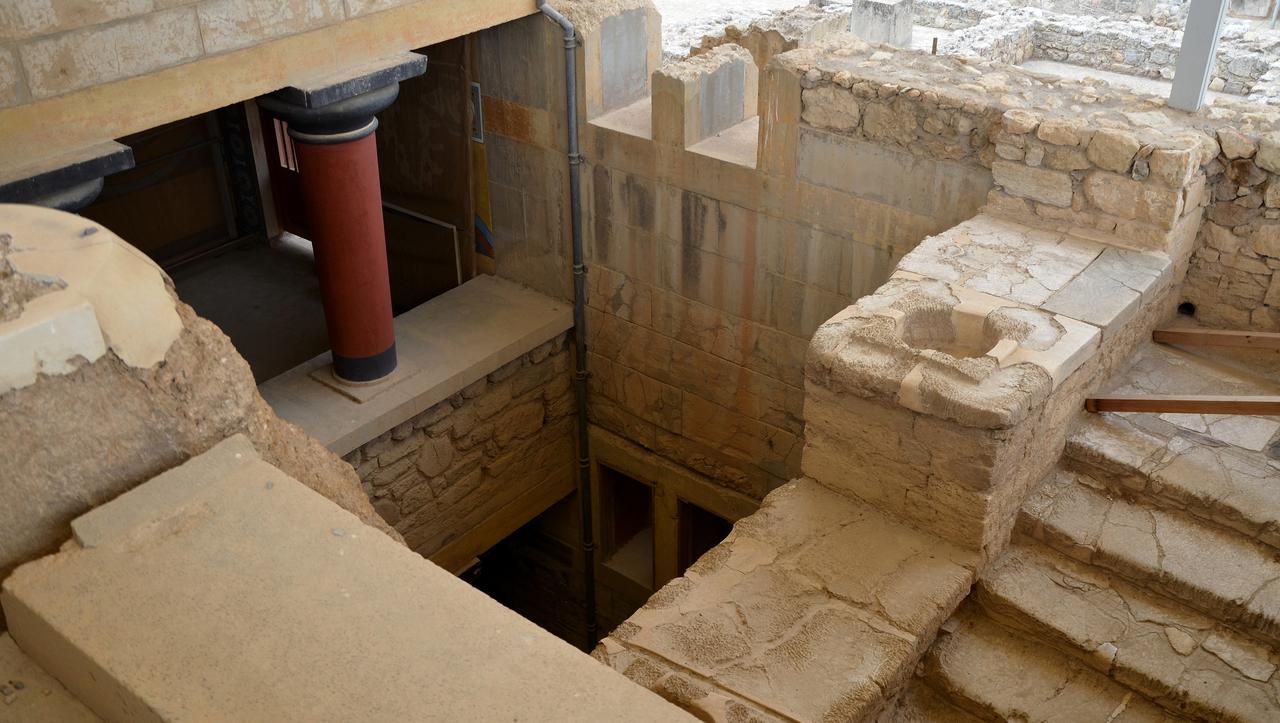 The Grand Staircase of the Palace 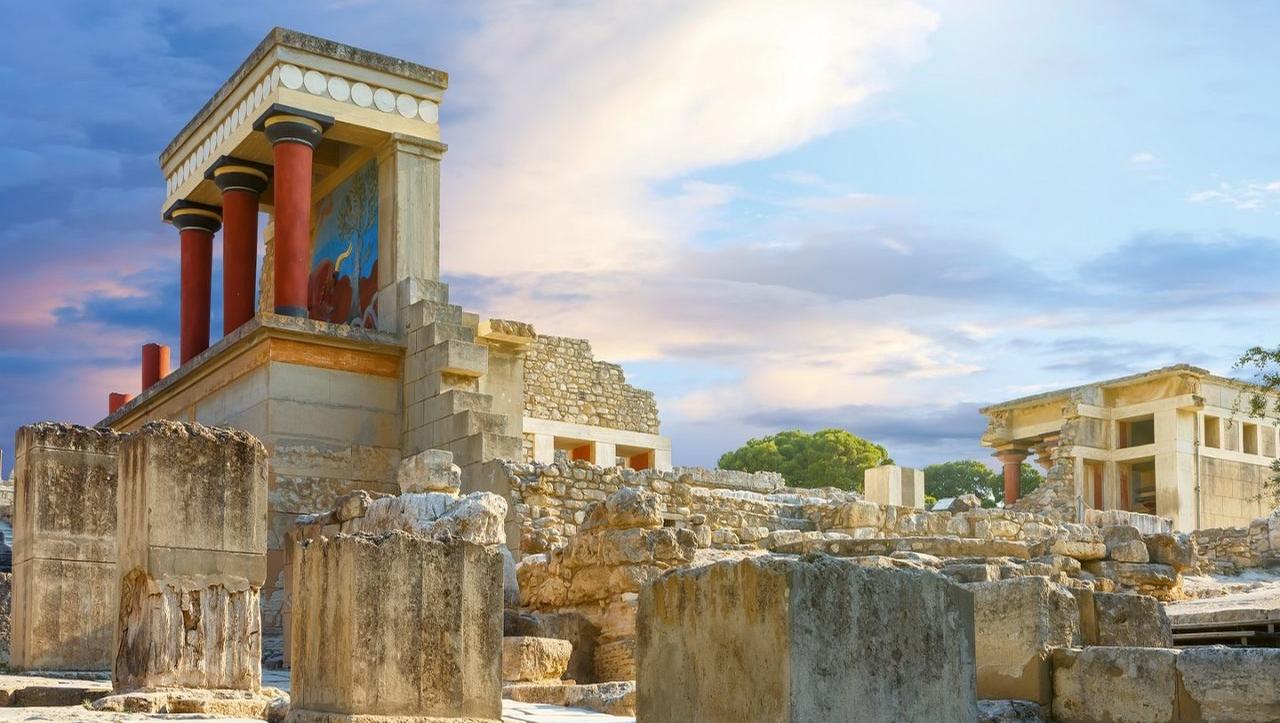 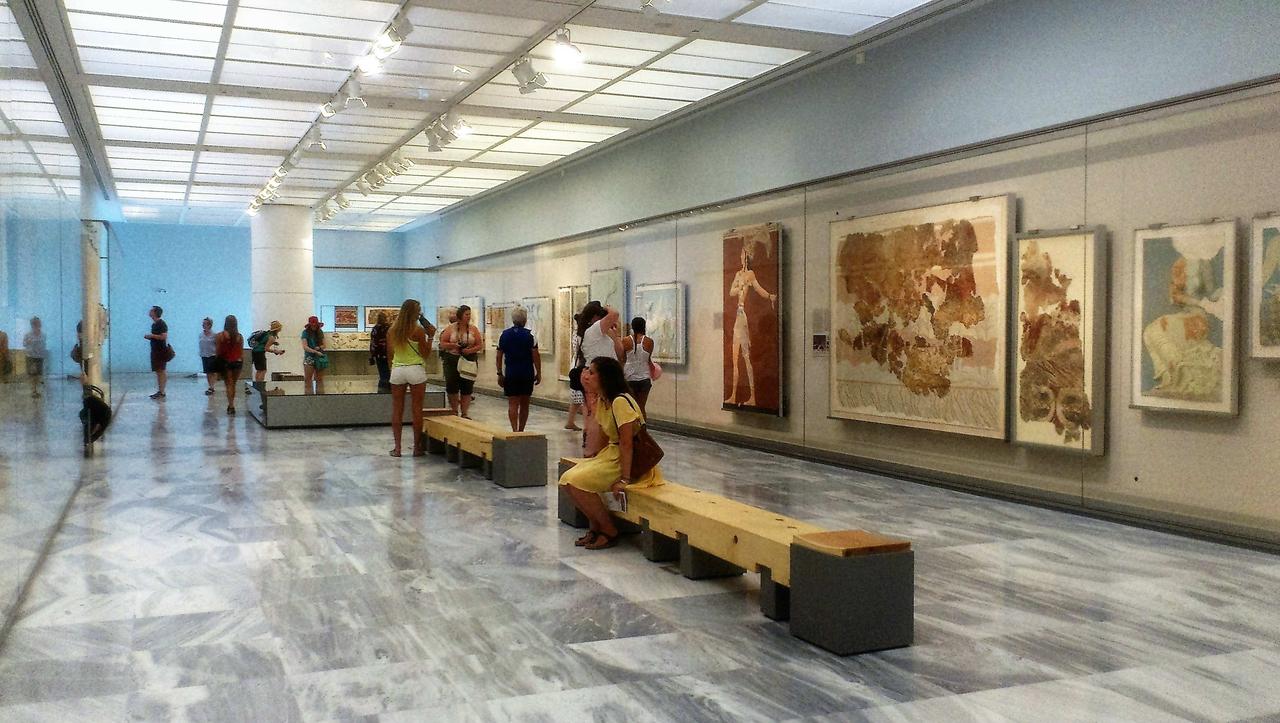 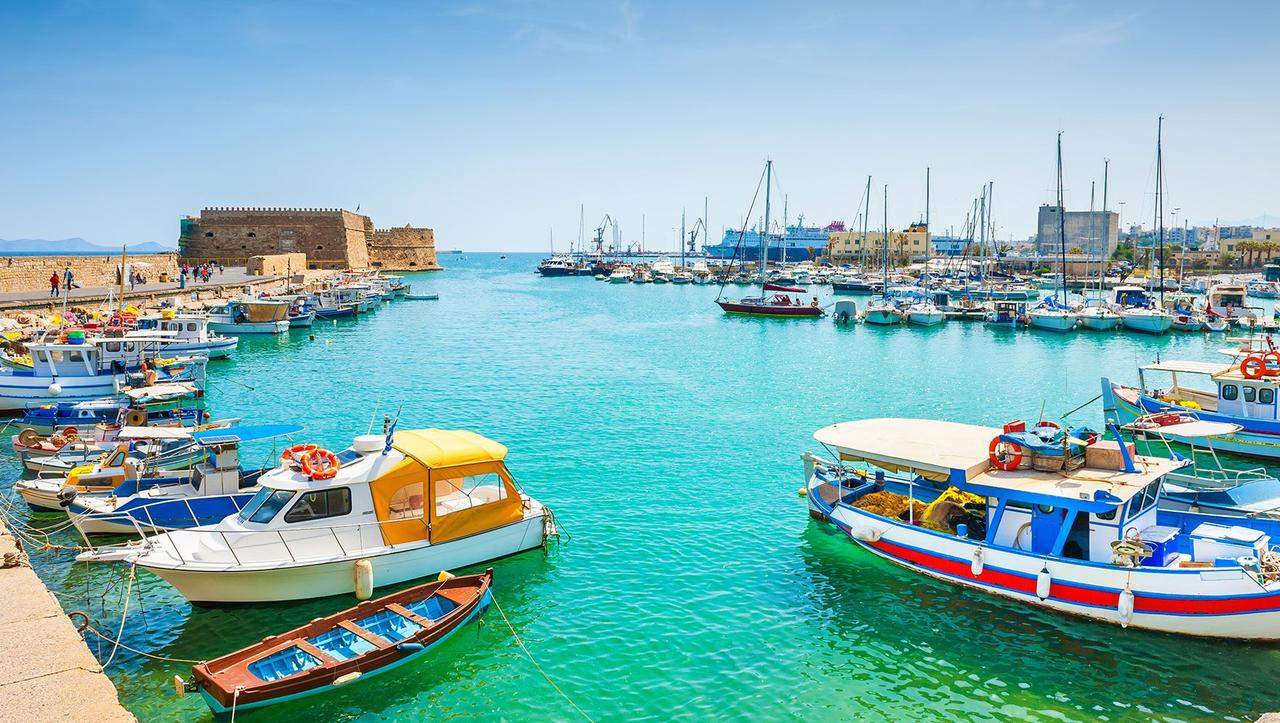 Learn about the earliest European Civilization in a tour steeped in history!

This full day tour will take you to the historic Palace of Knossos, before culminating at the Heraklion Archaeological Museum, which is full of Minoan exhibits. You will also get a glimpse the juxtaposition between ancient and modern Crete by spending some time in the city of Heraklion!

Starting point: Pickup is only conducted in designated locations around Chania Starting time: 06:40am

Early in the morning, we will pick you up from areas around Chania with a luxurious air-conditioned bus and take you to the Palace of Knossos, with a stop for breakfast on the way. In Knossos, ou will take part in a guided tour of the Palace, the most important and well known site of the Minoan civilization. The seat of the legendary king Minos, the
Palace is also connected with thrilling tales, such as the myth of the Minotaur's Labyrinth and the story of Daedalus and Icarus.

The site in Knossos was continuously inhabited from the Neolithic period (7000- 3000 B.C.) and up until Roman times. After its partial destruction in 1450 B.C., Knossos was settled by Mycenaeans from the Greek Mainland. The city flourished again during the Hellenistic period in 67 B.C before it was captured by the Roman Quintus Caecilius Metelus Creticus. Discovered in 1878 through a series of systematic during the early 20th century, a large section of the Minoan city and its cemeteries has been brought to light.

Once the tour concludes, we will head over to Heraklion, where you will be able to see the exhibits of the Minoans in the city's Archaeological Museum, built on the site of an imposing Venetian friary which was destroyed by an earthquake in 1856.  The museum brings together archaeological finds from all over Crete, covering over 5500 years of the island's history and housing on of the most important collection of Minoan antiquities the world over.

After you've quenched your thirst for history, you will have plenty of free time to explore the modern city of Heraklion and even enjoy some traditional Cretan lunch in one of the Heraklion's numerous restaurants.

At around 15:30 we will depart from Heraklion and make our way back to Chania, with a quick stop for coffee along the way.