Bites of History and Gastronomy Tour 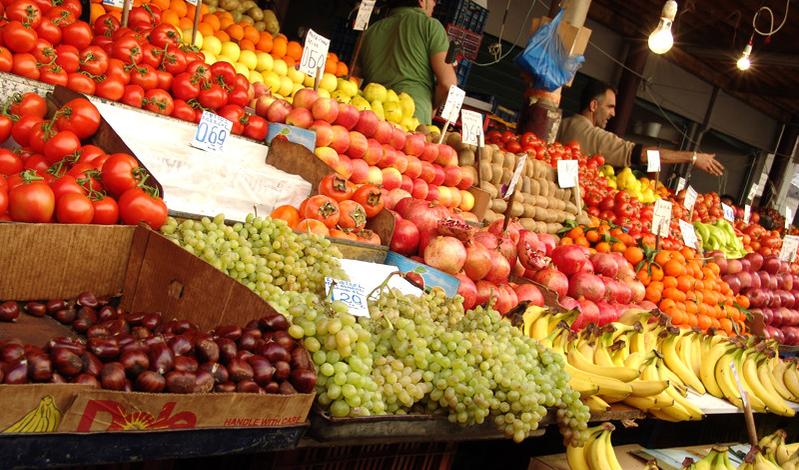 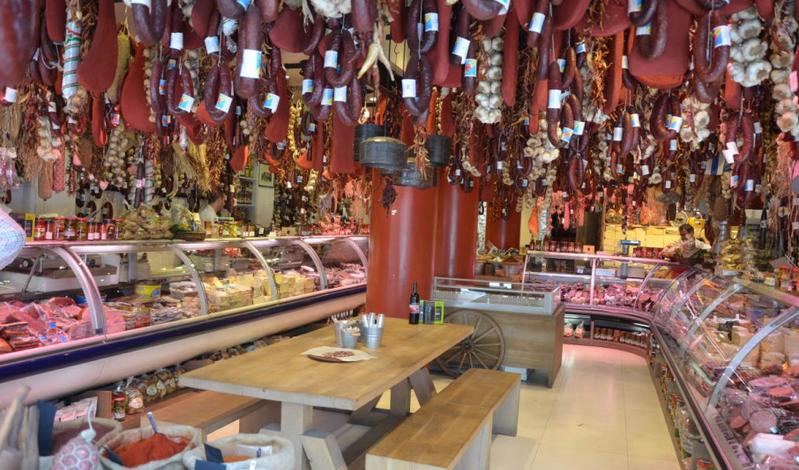 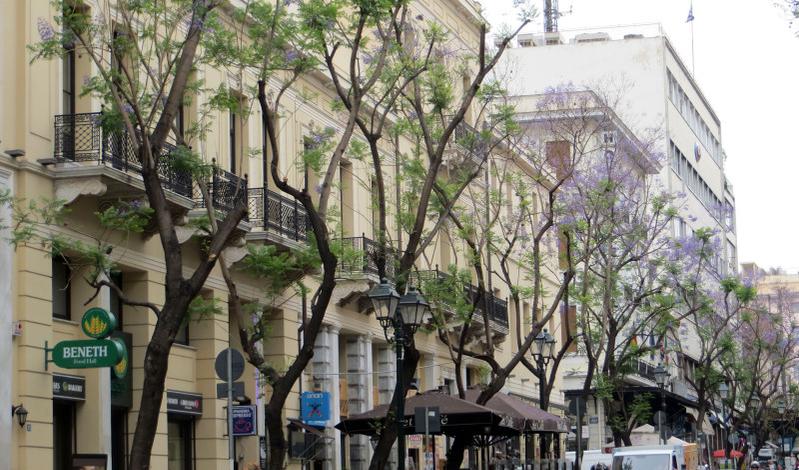 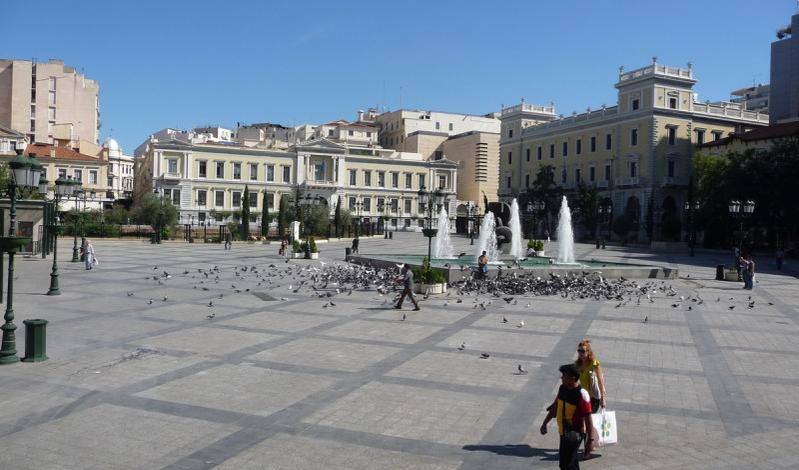 This tour will give you the opportunity to taste small bites of modern Greek history and architecture, as well as discover the secrets of Greek gastronomic tradition.

A tour filled with culinary delights as we explore Varvakeios Agora (Athens Central Food Market), try our hand a koulouria (traditional sesame bread rings), brewed Greek coffee and loukoumia for those with a sweet tooth. Aside from picking up local produce, we will also have a tasty lunch at the famous Miran restaurant and head out to explore historic streets and squares of Athens. A journey in the center of Athens that no foodie should miss out on!

Starting point: There is no pick up service for this tour. Please, proceed to Syntagma Metro Station Starting time: 08:45 am

We will start the tour from the head of the road at the historic Omonoia Square (Concordance Square), where the two so-called Baggeia hotels tower over both sides. Both Baggion and the affiliated Megas Alexandros (Alexander the Great) hotels were designed by the famous philhellene architect Ernst Ziller. After passing by the Mansion of the Civil Servants Joint Stock Fund build by the architect Vassileios Kouremenos following the neoclassical and modernist style with impressive mosaics formed by the National School of Arts in Paris. As we descent towards Monastiraki we will make a short stop to taste koulóuria (traditional sesame bread rings) and afterwards arrive at the Athens City Hall and the Kotzia square - formerly known as Ludovico’s Square, in honor of the father of King Othon (the first king of Greece). Across the road and through the Sofokleous and Socratous streets we'll pass by the old tavern 'Diporto' and walk to the small Theater Square towards the Diplareios Manufacturing School, which has trained up to 65.000 craftsmen.

A stop at the famous Miran charcuterie is in order, so get ready for a uniquely Greek culinary experience. Pastrami, delicious sausages and smoked pork is one the menu, and of course to wash it down, a glass of tsipouro or ouzo. Just a few steps further we'll encounter the small Stoa Koniari, one of the city's many galleries and opposite that is the church of Saint John at the Column. Continuing our stroll down Euripidou Street, we'll stop at the Bahar shop, a famous Athenian spot for high quality spices. With all this walking you can't be too careful about your blood sugar, so time for another little treat! This time we will taste loukoumia (with or without almond) at the nearby Tsakanikas pastry shop.

We have finally arrived at Varvakeios Agora, the Central Market of Athens. This is literally the capital's Grand Central Station of food, where people from all walks of life converge to discover the freshest and most delicious ways to satiate their hunger. Make no mistake, everyone shops here, from celebrity chefs to neighborhood grocery store owners. Named after one of Greece’s national heroes, gentleman pirate Ioannis Varvakis, the  market is a tribute to the everyman. A place that knows no class divide, this historic open market with bioclimatic ventilation was built in 1886. We will wander in the meat and fish markets to get to know the delicacies residing in the Greek seas, buy fruits and vegetables, before finally trying a traditionally brewed Greek coffee.

Our tour will finish at around 12.30 - 13:00 as we arrive at a local tavern to enjoy some traditional Greek food.